Looks like the Intel dominated CPU market may have reached it’s peak - AMD Ryzen (previously known as Zen) promises to compete with the 6900K and 7700K at a lower price point, and looks to be coming to market in March 2017.

AMD could finally pull away from Intel with Ryzen. Read the latest news on the AMD Ryzen features, specifications, price and UK launch date.

Anyone planning to upgrade to a Ryzen based system if they are what they promise to be?

Given how AMD always say they will have the same or better performance at a better price point and then never (in recent history) live up to the expectations; I will believe it when I see it

I really hope they at least come close this time around, can see a good few people opting for them though if the price is right. I’m in need of small machine for the kids to play on when they stay over so will definitely take a look when I’m ready to build

Yeah they might compete for a little while, Thing is Zen is badly needed cause the current chipsets and CPU they have now have fallen so far behind due to lack of development. If they don’t now keep on top of it then they will just fall behind again as Intel keeps pushing forward bringing out new stuff with more features and better architecture. For me this is just AMD catching up, now they need to prove they can keep up and continue to be relevant in this area.

What do you think about Jim Keller leaving before the launch?

What do you think about Jim Keller leaving before the launch?

I assume this is because he was there to do the actual design work on the CPU and now it is ready for RTM he is no longer required, but of course that’s just speculation! Maybe it was a variable term contract until the product was ready for release?

I have high hopes for this as I feel that Intel could do with some healthy competition to keep innovation up and prices down. 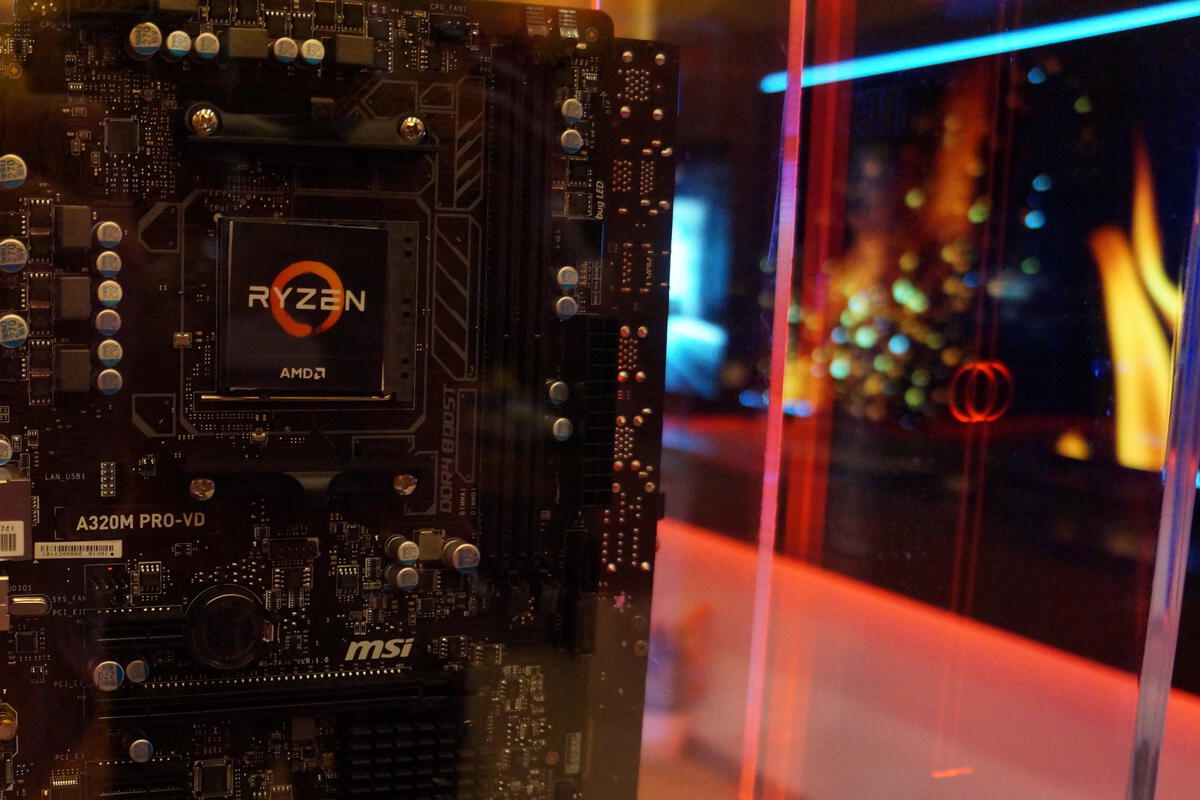 AMD's hotly anticipated Ryzen CPUs were out in full force at CES 2017, and we learned all sorts of new details about both Ryzen and its AM4 platform.

So it appears that AMD may indeed include Windows 7 support after all, let the battle commence.

As Intel is expected to provide full support only Windows 10, AMD has a different idea. The company promises to provide drivers for Windows 7 for its #AMD #CPU #Drivers

Looks like AMD are really becoming a competitor. More choices than ever for upgrading and getting a new machine

This is literally **Phenom**enal (sorry I couldn’t resist), seriously though a stunning release from AMD.

I look forward to hearing more!

Looks less like hype and more like reality every day. Hopefully over the next few days we’ll see even more results, but Anandtech is pretty reputable imo

So it’s not all coming up roses for AMD

AMD Ryzen Machine Crashes to a Sequence of FMA3 Instructions

An AMD Ryzen 7-1800X powered machine was found to be crashing upon execution of a very specific set of FMA3 instructions by Flops version 2, a simple open-source CPU benchmark by Alexander "Mystical" Yee. An important point to note here is that this...