Anyone else get an invite for the closed Alpha? Mine came through the other day, had a good play yesterday. 1st thing to point out is how stunning the new Frostbite engine is, the gfx are very pretty for an alpha, performance was on point, was getting a steady 70-80fps on ultra @1080p on a single 290(xfire not supported as yet). The start up and look is very much like Battlefront and the weapon upgrade is also very similar, which I thought made it feel very unBF like but wasnt a big deal, squad play was just as good, all in all I liked it and enjoyed my play, going to have a better go later tonight! Add me on Origin Jonny2Bad if you’ve been blessed with early access

Mine must have gotten lost

Yeah played a good few rounds in the alpha and I have to say it was great fun, looks absolutely superb, ran very well also. Just worked for me same old battlefield fun but just different to everything we have been used too of late. Gonna have to recommend this game to all FPS lovers

[Album] [BF1] Some of my Battlefield 1 screenshots in black & white 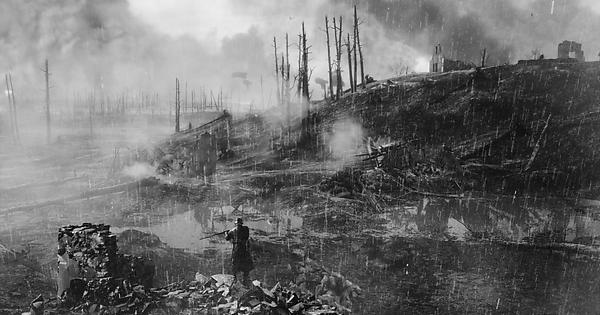 Oh wow that’s actually quite amazing! The gfx are seriously good though I have to say.

Me too! Glad to give it a try as, although I’m heavily skeptical, I am intrigued to see how it feels and to form my own opinion

Yes I’m in also but alas I’m out for a darn anniversary meal tonight most annoying lol. my origin is Jonny2bad is your playing

I was pretty surprised with how good it felt to play to be honest. Apart from a better map choice for the beta (I want some grass or something!) I think it actually has potential!

I found it really buggy … and everyone bar me seemed to be a bullet sponge. Enjoyable enough though - once they’ve worked the bugs out.

I agree seemed very buggy in fact more buggy than the Alpha, the map was ok but hope they change it soon lol. I had to change my gfx settings straight off as had an awful flicker, but changing to DX12 and restarting the game sorted that straight away, also had massive fps drops in game so had to drop resolution scale and some other settings down to medium! Which hopefully should be sorted with driver updates and game updates. But I do like the game I think the format works and has the potential to be very good. Just don’t release it broken like BF4 please.

And today it would seem that Origin has given up… couldn’t get matchmaking to work within Battlefield 1 earlier, and now I can’t login to Origin at all

Yeah rumour is they were under a pretty heavy ddos attack which seems to have finished now, as I can get back on now and my friends list also filling up a little now.

Currently there’s no way I’m buying it without trying other maps. It was quite a good map but very bland. I want something grassy/european to see how that feels to play in. I’m hoping they do a Vault trial like they did with a few other games, that would give me a much better idea of it I’d ever want to purchase it or not.

I was hoping they’d randomly throw a new map in for the last weekend like with the BF3 beta, but I don’t see that happening!

I want to see some proof of the comical physics bugs being fixed too … waaaay too many in there at the moment for my liking.

And +1 for seeing new maps; this desert one is a bit dull and bland.

Oh dear thats not very good at all lol !

Anyone got the Early Enlisters edition?

I want to know what the rest of the MP maps are like, and have they fixed most of the bugs yet?