So the retail Oculus Rift will be available for pre-order in about 5 hours and 24 minutes (at time of writing). Anyone planning on getting one?

Watching the Eve: Valkyrie demo that they are shipping with it practically had me drooling.

I will probably end up having to buy one. I tried EVE: Valkyrie at Eurogamer 2014 and it was the experience that made me very interested in VR. I also have played EVE for years so flying around near actual ships from the game is an incredible experience!

+1 on the HOTAS, I will have to get me one once I have enough for the Rift. Fingers crossed the price isn’t ridiculous, hopefully we find out today once the pre-orders go live.

Hard not to be tempted by this but will not be jumping straight on it will wait a while to see how they go. But seriously think it could be massive with the right support. We all love shiny new things though lol

Well the SDK kit was about £250 so I hope the retail price is fairly close to that, or cheaper if I’m really wishing for things

I should probably wait until they have been out for a while, but I probably won’t… and it is my birthday in February

Ha ha mine the end of January but I’m gonna hold off new monitor is 1st! (He says now lol)

Who needs a new monitor when you can just watch everything in virtual reality?

Yep get rid of your monitors and replace them with VR headset. I wonder what that’d look like using Excel or Word ;).

Might be quite cool for Star Citizen when it’s finished

Certainly works well with Elite:Dangerous. We had that set up here when we bought a couple of the SDK units for “research” purposes

Either the pre-orders are really, REALLY popular or they have borked something. The pre-order page is just blank for me at the moment

Ouch will definitely be waiting for that then, I was thinking £500 max so nope a nice 144hz freesync ips panel for me lol

Apparently if you add it to your basket and go to checkout it changes the price from $599 to £499 plus delivery.

Jesus, that is a lot! Might have to wait a couple of months before I can get one then

I’m borrowing an oculus from a friend who has a HTC Vive as well. I can honestly say the Vive is soooo much better, with the controllers as well, it’s such a more complete package. The oculus is pretty cool, but just can’t compete with the vive, I don’t think.

I bought a HTC Vive

I thought about the Oculus but there is only one camera which i thought could be problematic. Imagine if your half way through the game and someone walks past it RAGE QUIT

Again i could be wrong but it is just what i see in the Oculus suite. Whether or not it allows other non-steam/Oculus store games is a different story within it’s self

The Oculus won’t be better for games due to it being proprietary, so the only stuff you can use properly is stuff on the oculus platform with an xbox controller.
Steam VR is open source so it’s going to open way more doors. There’s a bunch of steam VR stuff that’s amazing. When you get your Vive, the first thing you have to try is nvidia fun house; it’s great fun and really well done.

I suppose the Vive may be the better one here then. Money well wasted

I do already have it, VR Funhouse is a brilliant game so fun to play. Same as The Lab (LongBow). 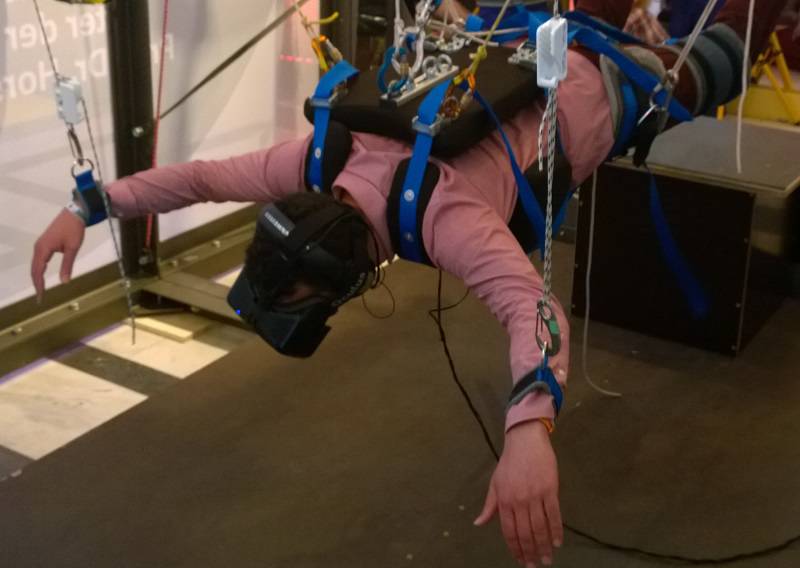