Windows 10 - The only way forward 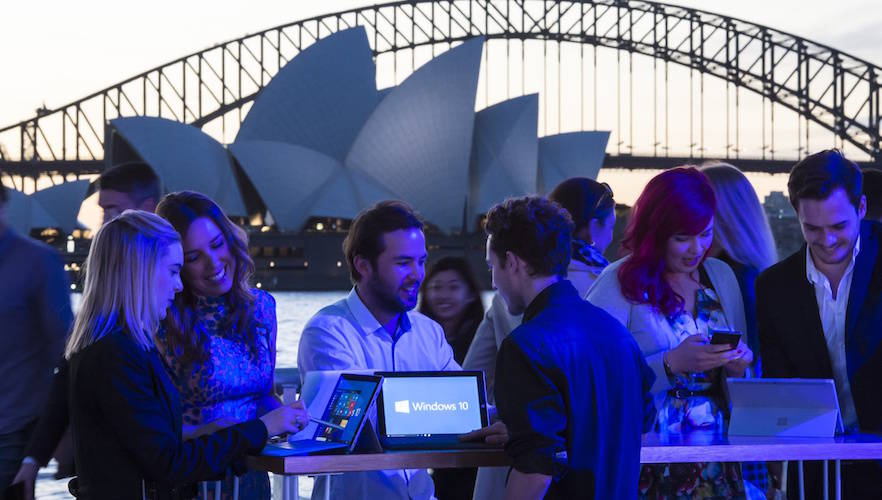 Windows 10 will now automatically download and install on PCs

…to news this week that the next generation of processors (including Kabe Lake) will ONLY support Windows 10 and above:

Skylake users given 18 months to upgrade to Windows 10

And next generation processors, including Intel's Kaby Lake, won't be supported in old Windows.

for those still on Windows 7 & 8 time is running out

Well I must admit to really liking Win 10 now and I would have to say its a must for gamers as most of the games I play certainly are running very nice on 10, 7 was great but hey move with the times folks

I use Windows 10 at home, and it’s certainly worth moving on from Windows 8/8.1; provided your system has drivers for it that is!

What irritates me though, is how MS have gone about it. Everything just seems a little underhanded in the way they are trying to take away people’s choice.

What irritates me though, is how MS have gone about it. Everything just seems a little underhanded in the way they are trying to take away people’s choice.

Yeah the whole transition thing has been odd, can’t figure what they actually gain from it or why it even matters

I have 10 on my main machine but I have others, kid’s machines, laptops etc. that are still happily running 7 or 8 and TBH I don’t have any inclination to update them. A couple because there is NO Win 10 support for them at all.

I can see the need for progress and their argument about the age of windows 7 and how much of the technology we have now was not available when 7 was created and therefor to maintain compatibility with older operating systems they have to effectively “dumb-down” drivers etc. so they will be able to use them, does hold some credence.

However, I do agree that the way in which Microsoft and hardware manufacturers are pushing that change does seem to be too aggressive.

It is human nature, the more someone tries to force you to change something the harder you try to resist that change.

I’ve used 10 pretty much since the first few days it was out as I knew we’d get lots of questions at work once it released! Although it has its issues, I’m certainly used to it now and it feels a much smoother experience than 7 now I’m used to it.

However, I agree with what ya’ll have said about their tactics here. What the hell are they doing? THey’ve never liked the fact people just don’t move from their old OSs, but forcing people will just cause more issues. If someone hasn’t upgraded by now it’ll either be because the machine they are on doesn’t support it (even if the upgrade advisor tool lies like it seems to) or because they don’t want it. If they’re gonna support 7 until 2020 (I think?) then they need to respect the fact that people just won’t change until they’re scaremongered into it like the end of XP support.

Although, going on the Skylake thing, in my opinion there’s no real point in using a 7 year old OS on hardware that came out a few months back.

I still don’t know whether to upgrade to 10 or not. I’m on 8.1 and everything is running smoothly at the moment, I don’t want anything to stop working! Particularly my Plex server!

There are a lot of new features in Windows 10 that are good improvements (DX12 and the return of the Start Menu are good examples), and it certainly is a better OS than eight.

However for me personally, amongst other reasons (Windows 7 still works well for me), the privacy implications far outweigh the benefits.

With all of these settings that need to be changed to prevent data sharing with Microsoft (see here https://fix10.isleaked.com/) and incidents of the settings being changed back to their defaults without notifying the user (http://arstechnica.co.uk/information-technology/2015/11/windows-10-november-update-was-pulled-for-forgetting-privacy-settings-its-now-back/ ), claims that spyware-type behaviour had been removed but actually just renamed (http://www.networkworld.com/article/3010268/microsoft-subnet/microsoft-windows-10-update-privacy-spying.html ) and the fact that the settings themselves don’t actually stop everything (http://thenextweb.com/microsoft/2016/02/11/even-after-tweaking-your-privacy-settings-windows-10-is-still-a-privacy-nightmare/) I feel that 10 is far too nosey to consider using whilst connected to the internet.

Whilst some may argue that “if you have nothing to hide, then you have nothing to fear” - and don’t get me wrong, I have nothing to hide - I feel that sharing every keystroke with one of the worlds biggest corporations, which has known sympathies with American alphabet agencies (http://www.theguardian.com/world/2013/jul/11/microsoft-nsa-collaboration-user-data , http://mashable.com/2013/09/11/fbi-microsoft-bitlocker-backdoor/#59Sc59xCH8qx) is marching further towards a total surveillance state where everything is tracked and logged and available to be twisted/used against you at a moments notice.

On a side note, this announcement from Apple denying an iOS backdoor to the FBI, is great progress and I would love to hear that Microsoft would do the same in the same situation. http://www.apple.com/customer-letter/

I would love to hear others opinions on this and whether this is a deal breaker for them for Windows 10 or not!

I’ve got Windows 10 on my laptop & Windows 7 on Desktop,still prefer using 7 by a mile.
I going to replace the desktop in a few weeks(reason l’m here) l just may stick with Windows 7 on the new PC.

Yeah it downloaded itself on my computer too and I was well annoyed but it took some getting used to but I actually prefer Windows 10 now.